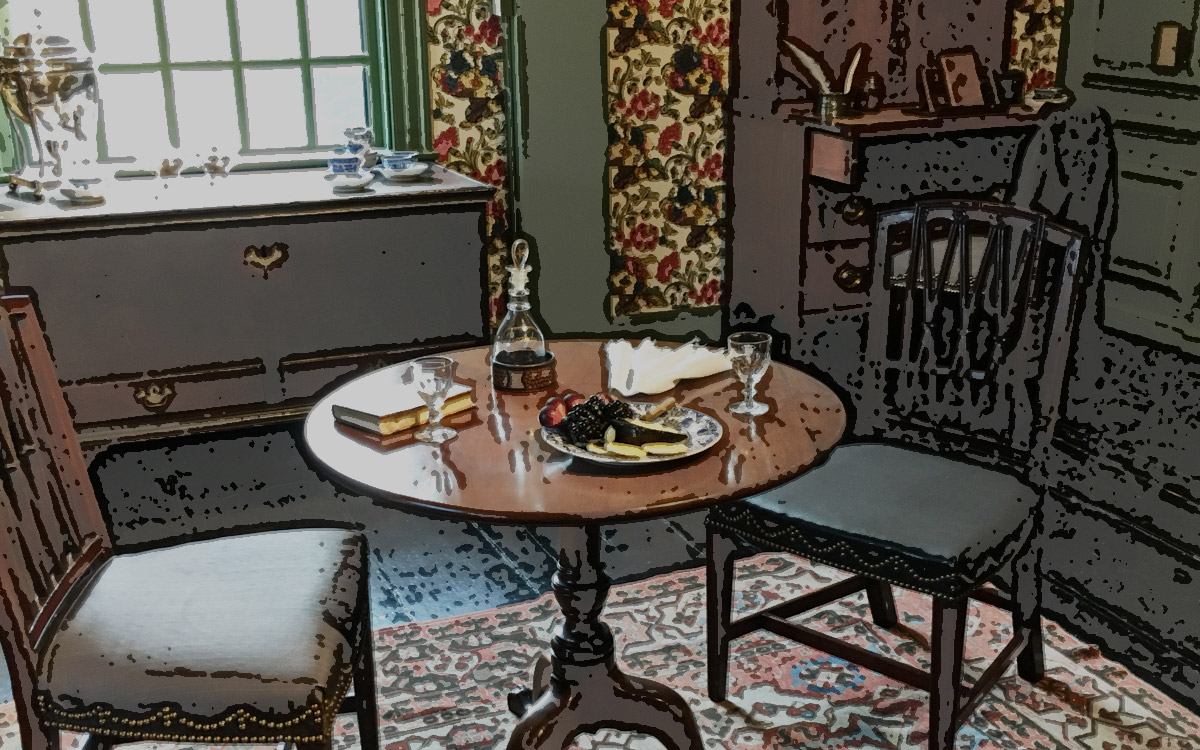 If you enjoy history and literature, The House of the Seven Gables, located in  Salem, MA, is an interesting take any time of the year. The house was made famous in Nathaniel Hawthorne’s novel, The House of the Seven Gables, published in 1851. For some, an October visit to the house and to Salem, in all its Halloween glory, might enhance the trip. If you are in a more contemplative mood and seek shorter lines, an October visit may not be ideal for you.

The House, the Author, the Book 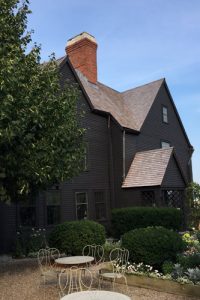 The house and the book are closely intertwined, and the author’s experience of the house points to how profoundly a place can impact and inspire us and how fact and fiction can create a powerful story.

A tour of the House of the Seven Gables , a colonial mansion over 350 years old, and the compound, which also includes The Nathaniel Hawthorne Birthplace, offers a great way to experience a bit of Hawthorne’s life, the house’s impact and influence on the book, the fame that the house drew from the book, and the later influence of the book on the restoration of the house. The house was built by John Turner and resided in the hands of the Turners for three generations. It was subsequently purchased by the Ingersoll family and left to Susannah Ingersoll, Hawthorne’s cousin.

Hawthorne visited her regularly while working at the Custom House in Salem from 1845–1849, and was enthralled by her stories of the house, which had only three gables at the time. Ingersoll showed him the beams and mortises in the attic which indicated the locations of the former gables, and Hawthorne was inspired by her descriptions to create the “character” of the house in that image.

The book The House of the Seven Gables follows the history of a fictional New England family, the Pyncheons, and their ancestral home. In it, Hawthorne explores themes of guilt, retribution, and atonement over the course of the Pyncheon family’s history in the house. Published in 1851, it was Hawthorne’s second book, which followed his successful The Scarlet Letter. Suggestions of witchcraft and the supernatural in the book are colored by Hawthorne’s own family history. Colonel John Hathorne, an ancestor, became one of the judges to preside over the Salem Witch Trials in 1692.

I was pleased to get quite a bit of information about the history of the house, its relationship to the book, the history of the inhabitants and Hawthorne’s connection to them—a little more aligned to my purpose of driving to, and diving into, a Creative Juice Trip.

“Halfway down a by-street of one of our New England towns stands a rusty wooden house, with seven acutely peaked gables, facing towards various points of the compass, and a huge, clustered chimney in the midst. The street is Pyncheon Street; the house is the old Pyncheon House; and an elm-tree, of wide circumference, rooted before the door, is familiar to every town-born child by the title of the Pyncheon Elm.”

You can take a 35 to 45-minute tour of The House of the Seven Gables; visit Hawthorne’s birthplace; enjoy the gardens and grounds; and learn much about the history of the house, the times, Salem, and America.

I had a small window of time in which to tour the house and felt fortunate that one was about to start when I arrived. Historical photos and information about the home lined the walls of the low-ceilinged room in which I waited. Only a few of us were there, seated on benches. Almost a private tour, I thought. However, the tour was held up for “a couple more” people, and held up again. The room soon included several families, a few slightly inebriated college-age girls, a child who cried and screamed when she was not allowed to take her candy inside, and a few couples. It took awhile for the tour to “settle” down into a more peaceful flow.

The tour began in the kitchen, where our guide spoke about the original house, the low ceilings that helped hold the heat in during cold New England winters, and Hepzibah Pyncheon’s “cent shop”—a space off the kitchen created to reflect the appearance of that character’s shop in the novel. We took the narrow, winding secret staircase that runs along the central chimney up to the attic known as “Clifford’s room” in the novel, then viewed a breakaway model of the home on the other side of the attic. That provided a better understanding of the original house, its additions, and the locations of the seven gables.

Touring the house felt two-dimensional; it is a house “inhabited” by both the fictional family of the Pyncheons and the real Turner and Ingersoll families. Two rooms that struck me were the room corresponding to the parlor of the fictional Colonel Pyncheon, and the parlor where Hawthorne and Ingersoll often sat and talked.

Colonel Pyncheon in the Armchair

We spent a few minutes in Colonel Pyncheon’s parlor. In the novel, Colonel Pyncheon appears “physically” only in Chapter One, and his character’s actions set the future course of events for the Pyncheon family. Pyncheon owned land abutting Matthew Maule’s property and sought to make Maule’s one acre his own as well. When Maule refused to sell, and accusations of witchcraft swept through Salem in 1692, Pyncheon led accusers against Maule and had him hanged as a wizard. Pyncheon seized the property and built his own house on the foundations of Maule’s.
On the day of Pyncheon’s housewarming party for his newly built home, he was found dead in an armchair in this room with blood on his throat. His mysterious death fulfilled Matthew Maule’s curse that “God will give him blood to drink!”

Through the Batten Door

At the end of the tour, we exited out the front door and through the gardens which are situated on the harbor side. I took a quick look at the replica of the exterior batten door with its diamond pattern of nail heads, the peaceful view of the harbor, the beautiful gardens, and Hawthorne’s first home. I regretted not having more time to spend, but I had only a few minutes to get to my next stop.

If you enjoy literature, old houses, history, and beautiful scenery, this is a place worth the time spent.

Explore the importance of place to your own “story”. Think about a place that has had an impact on you and write about its importance. How has it affected you? Inspired you?

Explore your family history and write about it. How has history impacted you as a person?

A BRIEF HISTORY OF THE HOUSE

The House of the Seven Gables  is one of the oldest surviving timber-framed mansion houses in continental North America. The Colonial Mansion has 17 rooms and is approximately 8,000 square feet, including two large cellars. Named for its number of gables, it is also known as the Turner House or Turner-Ingersoll Mansion.

The earliest section of the house, two-rooms and two-and-a-half stories, was built in 1668 for Captain John Turner. That portion now forms the middle of the house.

By 1676, Turner had added a kitchen lean-to and a new north kitchen to the rear of the house as well as a spacious south front extension (the house faces south to the harbor). It remained in the Turner family for three generations until it was lost by John Turner III and purchased by the Ingersoll family. Susannah Ingersoll was the last Ingersoll to live in the house.

The house changed hands again before it was acquired and restored between 1908-1910 by Salem philanthropist Caroline Emmerton  and opened as a public museum. The House of Seven Gables Settlement Association used ticket sale proceeds to support settlement work that benefitted immigrant families who were settling in Salem in the early 20th Century. During the restoration, the missing gables were reconstructed, and much of the house was reconstructed to align with the one described in the novel.

Over 100 years later, The House of the Seven Gables Settlement Association continues its work as a welcoming, thriving, historic site and community resource that engages people of all backgrounds.

2 thoughts on “The House of the Seven Gables”