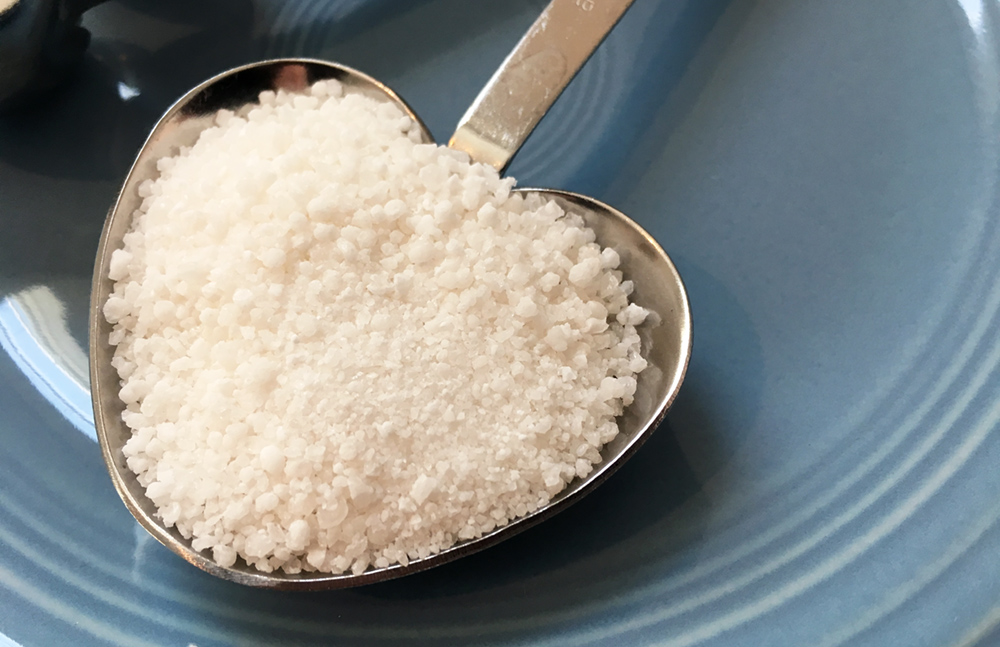 In recognition of a certain milestone, I decided to make tapioca pudding. I cook every day, and there was no “heavy lifting” required to make it. However, I thought that if I set a date and carved out a specific time to make the pudding, it would be a meaningful way to honor someone and to enter mindfully into a creative space.

Tapioca pudding is a treat that I associate most with my father, because he was the one who made it. We didn’t have it often, so it was always a special dessert. It strikes me that often the rarity of the treat makes one more grateful to enjoy it. It was something we looked forward to eating. So on the anniversary of my father’s death I decided to honor him by treating myself to tapioca pudding, one of his many specialties. I know I have not made it often enough in the 20 years since his passing, and I can’t remember the last time I made it.

There are quite a few varieties of tapioca on the market, and I even looked into how I might make my own “pearls” from scratch. I sat at my kitchen “table” (I use the word loosely as the actual table is in pieces ready to be painted) to look up some information. I was immediately distracted by the thought of painting the kitchen table and chairs. Should I prime first — just the parts that were not white? Was it really necessary? How would the chairs look in slate gray? What color could I accent it with? Silver? Something like a silver pearl color? Pearls. Like tapioca.

And then the tapioca memories came…my father mixing and stirring the pudding at the stove, after it reached a boil—the wait for the tapioca to chill and gel a bit, taking in that first spoonful and letting the pudding dissolve in my mouth until all that was left were those tiny pearls.

In A Minute. Or Twenty.

I could try any brand of tapioca, or make my own, but it seemed fitting that I should use the Kraft Minute Tapioca. After all, that is the brand my father used, and that was the taste and memory source I was after.

When I opened the box, I was surprised at how desiccated and granular the tapioca seemed. I “remembered” it as more rounded bits. But perhaps my memory was off.

I whipped up the egg and milk, then added the sugar. When I read the directions about adding the tapioca and bringing it to a full boil and continued to stir, constantly asking myself if it was boiling “enough”. 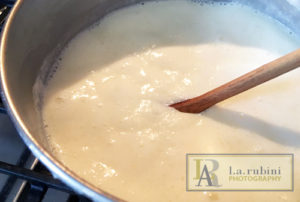 I had forgotten what the “full boil” looked like. Until it hit. Then I regretted my choice of “medium pot”, because it all became so frothy so quickly that the mix rose to the top of the pot and threatened to spill over. Note to self: one pot size up next time…

After removing the pot from the heat, I added the vanilla extract and let the pudding sit for about 20 minutes, stirred it, and put it in another bowl to cool down. It was beginning to look like the tapioca of my memories.

The act of making the tapioca pudding, and later enjoying it, brought a lot of memories to the surface for me. Engagement in the act of cooking led me to engage with those memories again in different ways.

I wondered what prompted my father to bring this pudding into our dessert rotation. Had he eaten it as a child? Did he have it in the Pacific? Did he just happen upon it on the store shelves or see it advertised and decide to try it?

Some memories were regrets. I wish I had not walked away in a huff when I could not draw a horse as well as my father could. I wish we had more time to talk about design, the line of work I eventually fell into. I had barely begun down that path when he passed, and I have often thought of how I could have benefited from his experience and his wisdom. And I also thought of how he sacrificed his art for family. He had studied art in high school, practiced it as he could in the navy, and had taken a a few classes when he came back.

Yet, rather than pursue art as a career, he became a postal worker. It was a steady job, and he had a family to support. He was a letter carrier, and this house was on his route. I lived here on my own for a bit, before he and my mother moved in. I can still picture him walking down the hill at just about the stroke of 2:00 pm. He would stop to say hello, grab a glass of water, or sometimes to take a quick, late lunch.

One Christmas, after my father had retired, I bought him some new paints and canvas in the hope that he would carve out some time for himself and paint again. My mother kept him hopping, and they enjoyed doing a lot together. So, he did not make time to pursue art. The materials languished in the cellar until I cleaned most of them out years after his death.

In the end, the only work I have of his is some work he created in high school, aboard the U.S.S. New Jersey, or in a couple of post-service art classes. It saddens me to think he “had time” to enjoy doing what he loved, but he did not make the time to do it.

But, don’t we all do that? Spend our time on so many other things, sometimes avoiding the one thing to which we have a lifelong attraction?

And yet, I know that he enjoyed every bit of his life nonetheless, and that makes me happy. He loved life, and he was a terrific father. I have so many great memories, of all the things, big and small he and I, and my mother, did together. I remember how much fun it was to watch him mix up his special dessert, and to share some tapioca pudding with him and the rest of my family. So, it seems fitting to honor him by whipping up some tapioca pudding myself, to reflect on all my memories, and to carry on his legacy in my own way—by mindfully making time to create.

Tapioca is a starch extracted from the cassava plant. It is found in the north and central-west region of Brazil, but its use spread through South America. The plant was carried by Portuguese and Spanish explorers to the West Indies, Africa, and Asia. It is a carb low in protein, minerals, and vitamins; in other words—no nutritional value, so slow your roll.

Tapioca pudding is similar to sago pudding, which is made with starch from the pith of various tropical palm trees. It can be made with flakes, course meal, sticks, and pearls.

As an Amazon Associate I earn from qualifying purchases. You can use the links below to purchase.

JUICE
(OR TAPIOCA) UP

Associate any particular food with good memories? Then get cooking, enjoy the experience, and explore those memories.