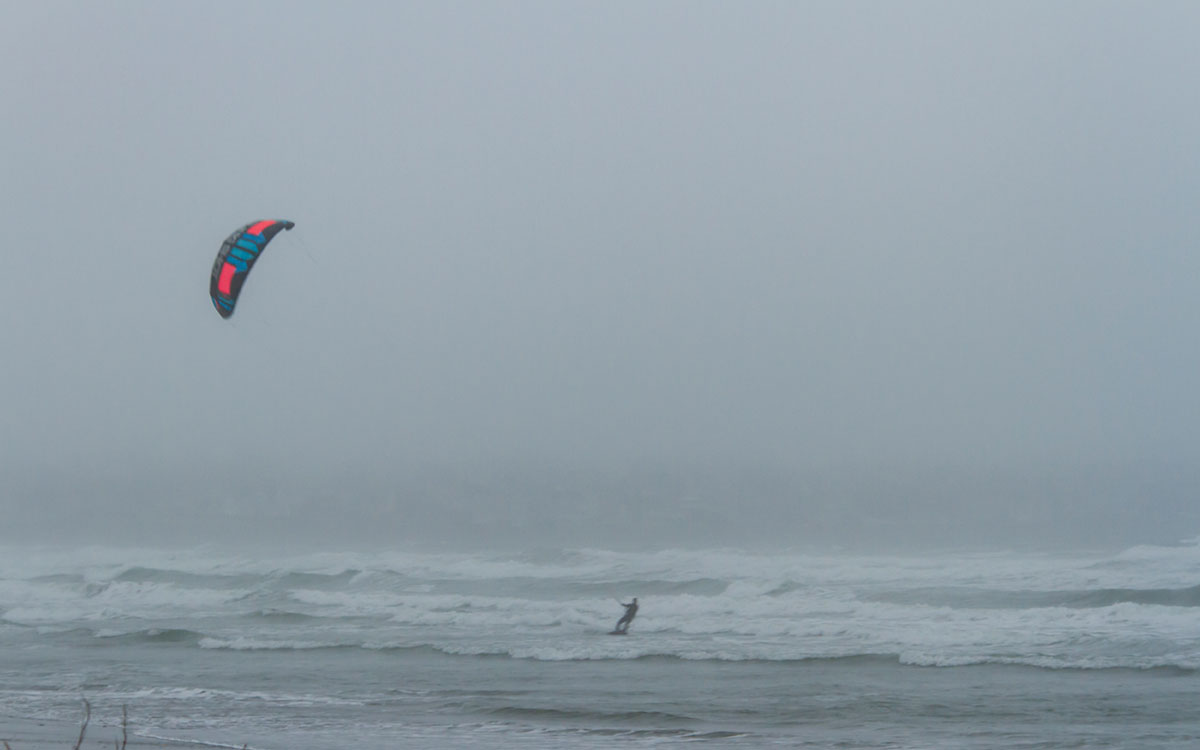 The day after my visit to Sachuest Point National Wildlife Refuge, I topped off a visit to Newport, RI with a quick stop at Brenton Point State Park at the tail end of a snowstorm that changed over to rain. I love to drive down Ocean Drive along the ocean’s edge and spend some time in the park to watch the waves. Brenton Point is where Narragansett Bay meets the Atlantic Ocean. The views are awesome, and it’s a great spot to picnic, hike, fish, relax, gaze out over the ocean, and fly a kite. 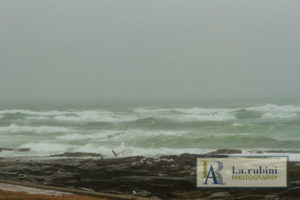 Today, the water churned, there was a mist in the air, visibility was low, sky blended into sea, and waves crashed against the rocky outcrops. My kind of day! When I stepped out of my car the wind buffeted me and whipped at my black nylon pants. Gulls circled and dove, ready to enjoy whatever the surf churned up. Pretty spectacular to be out there, to feel the power of the wind, to watch the waves. I took some pictures, and Mary Ann and I shot some short funny video with the Cinematic app.

The Brenton Point experience would have been enough for a goodbye, but as we drove out of town and approached Easton’s Beach, I saw three “kites” over the ocean; two were barely visible against the gray, misty sky.

“Look! Someone’s flying—kites? They look like parasails. Where are they flying them from? The water?! Hey, they’re kitesurfing!”

We pulled over to check it out, and I wanted to get a few photos. I focused on the kite that stood out the most in the mist and fog. The figures in the water were dark gray. In retrospect, I should have moved physically closer, but I liked the angle of my location, and my camera was sheltered a bit by the car, so I shot a few frames from the roadside. I also took a short video (below).

First thought — that would be a really cool thing to try. But, on second thought: one, I can’t surf, and two, I know I am not coordinated enough to manage a kite while trying to stay upright. I have yet to master paddle boarding. But it was fun to watch, and I hope for more opportunities to enjoy kitesurfing…from the beach.

Kitesurfing combines aspects of wake boarding, snow boarding, windsurfing, paragliding, surfing, skateboarding, and sailing. It is considered to be one of the least expensive “sailing” sports and the gear is easy to pack in your car. Chances are good that if you live near the ocean, or a very large lake, you will find a kitesurfing center near you.

Easton’s Beach, also known as First Beach, is located on Memorial Drive and begins at the foot of the Cliff Walk. The beach is 3/4 of a mile long and has restroom and shower facilities, a playground, a picnic area, a beach wheel chairs available, and rentals of umbrellas, chairs, and boogie boards. There is also a 1950’s carousel.

Is there a sport you would like to try? Do it, if you are able and willing! Or, if you don’t want to participate, view it.

What emotions and feelings does the sport conjure up for you? How can you bring your new experiences into your life and work?

1 thought on “Kitesurfing at Easton’s Beach”